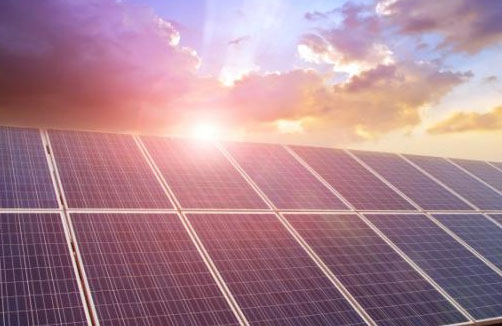 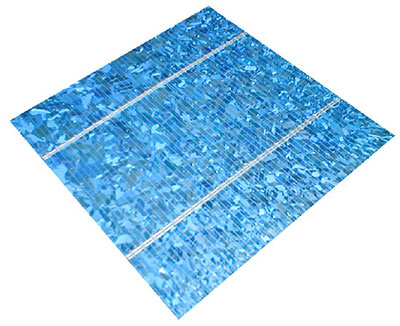 The photovoltaic cells are devices whereon solar radiation is converted into electric energy, and the photovoltaic effect is the process created by said transformation.
Most of the photovoltaic cells of commercial application consist of wafers (less than 200 microns thick ) of different semi conductors materials like pure, mono or polycrystalline silicon , and some thin films of other semiconductors like amorphous silicon, Cadmium Telluride (CdTe), and Copper, Indium and Gallium Selenide (CISS).
In this report we will only refer to the mono- or poly-crystalline silicon cells that are utilized by SOLARTEC S.A. for manufacturing its photovoltaic modules.
A silicon crystal consists of silicon atoms arranged in an orderly way, so that each atom is bonded with another four neighbor atoms sharing electron pairs (co-valence links). In this condition, the electrons are under a minimum energy condition called "valence band".
The interaction of solar radiation with the silicon atoms in the photovoltaic cell can be considered to be as the interaction of particles, called "photons", with the silicon electrons. Each photon's energy depends on the wavelength of the solar spectrum whereto such photon belongs. 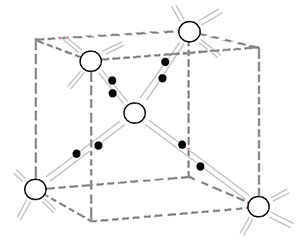 Under this energy condition, an electron moves freely within the crystal. Should there be no electric field inside the cell that may arrange the movement of all the released electrons in a same direction, the generated electric current would be null.
For getting this electric field, Phosphorus and Boron atoms are incorporated to the upper and lower portions of the cell respectively. The joint area between the upper and lower portions, which is parallel to the cell's faces, is called "Junction".
On the junction a difference in potential is generated that is approximately equivalent to 0.7 Volts, i.e. sufficient to achieve the photovoltaic effect. 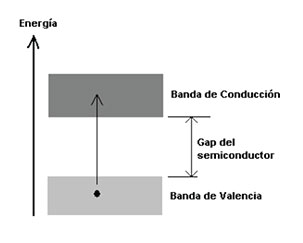 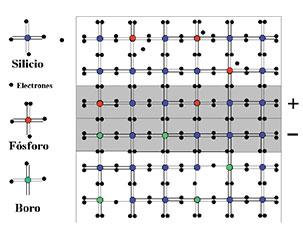 Not all the radiation incident upon a photovoltaic cell is transformed into electric power. This is so for the reasons as follows: 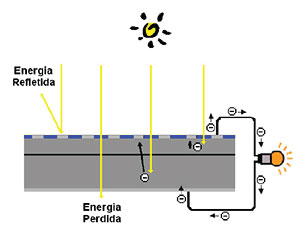 At present, the best silicon cells present a percentage of solar energy transformed into electric energy lower than 20 percent.
For a photovoltaic cell, the nominal current delivered by this cell is proportional to the cell area and to the insolation, and its nominal voltage depends on the junction electric field and its operation temperature.
For a square 156 mm-side silicon cell, the generated nominal current and the nominal voltage are approximately equivalent to 8 A and 0.48 V respectively under standard insolation conditions of 1000 W/m2 and at an operation temperature of 25 ºC. 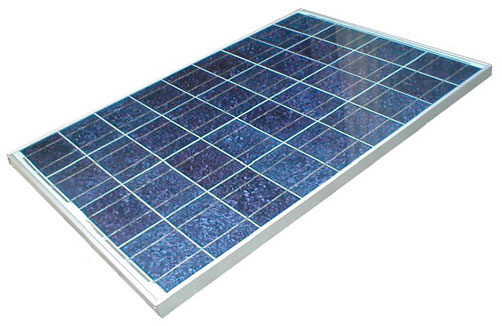 A photovoltaic cell is a fragile element that cannot be exposed directly to the atmospheric conditions. On the other hand, its voltage is not sufficient for most of practical applications.
The basic element of a solar electric generator is its photovoltaic module, which is constituted by connecting individual cells in series (the positive face of a cell is connected with the negative face of the next one, and so on).
A module consisting of 36 series-connected cells will deliver a nominal current equivalent to that of each individual cell (approximately 8 A) and a nominal voltage equivalent to the product of 36 cells x 0.48 V = 17.3 V.
This module will deliver a maximum power of approximately 138 watts, which results from the product of 8 A x 17.3 V. This is the so-called "Nominal Power" or "Peak Power" for solar radiation standard conditions of 1000 W/m2 and an operation temperature of 25 ºC.
For enabling the connected cells to undergo extreme environmental conditions, they are encapsulated with a thermoplastic material, between a glass plate facing the sun and a composed plastic sheet that constitutes the rear face of the module. This process is called lamination and the product: a laminate. An anodized aluminum frame is fitted to this laminate and the electric terminals (positive and negative) of the set of cells are connected to a watertight junction box that is stuck to the rear face of the module. 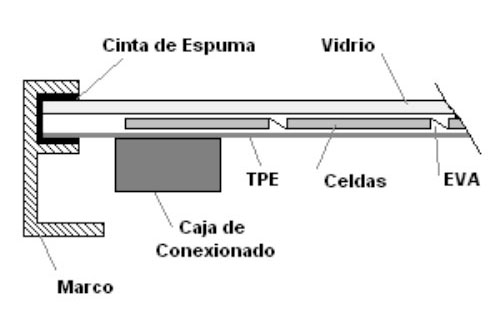 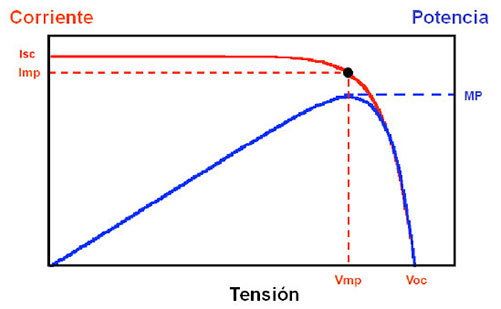 The electric behavior of a photovoltaic module is expressed by means of a characteristic curve that represents the current-intensity values (measured in A) generated by the module according to the voltage (measured in V) at which it may be operating.
A given module model is defined by the characteristic values as follows:


For instance, for SOLARTEC KS 65T module (see module list on PRODUCTS respective page) these values are as follows: The graphs appearing below show those curves' direct relation with incident solar radiation value and with the operation temperature. 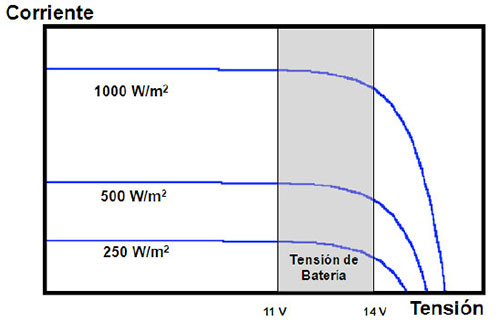 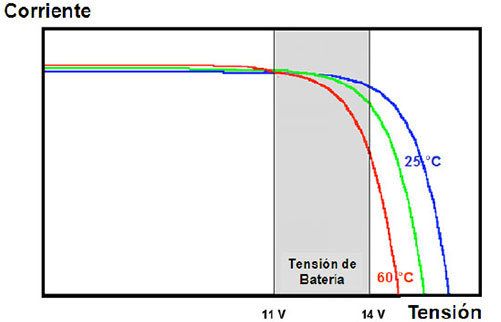 The SEGs are installed at the site which demands energy