Solartec S.A. is an Argentinian company created in the year 1981. The company deals in applications of renewable energies, especially solar energy. Solartec S.A. has been manufacturing photovoltaic modules and other components of solar energy generators, in Argentina, since 1986. Its corporate purpose is that of providing reliable and safe equipment units and systems useful for social development and environmental protection. Solartec S.A. prioritizes personal customer services, delivering high-rate equipment units and providing advice for the proper selection and application of said units and systems.

The vast experience gained, together with thousands of installations, make Solartec S. A. one of the most important companies solar energy Southern Cone of America, with worldwide recognition. 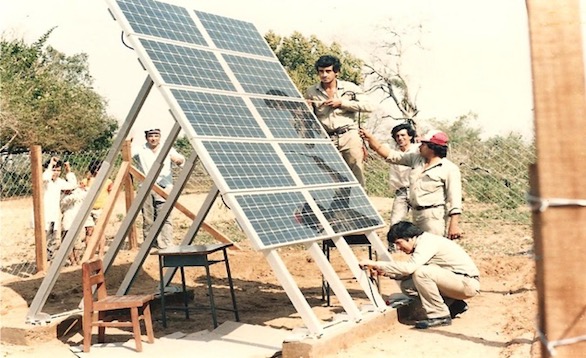 Solartec S.A.'s headquarters are located in the city of Martínez, Province of Buenos Aires. In its premises operate the General Management, and: the Administration Engineering & Development and Sales Departments. Solartec S.A.'s businesses are divided into two large groups: 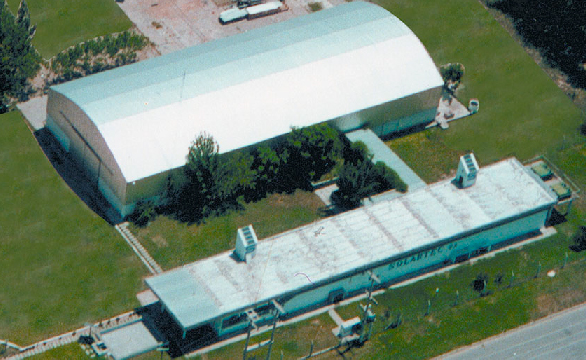 Providing services and equipments to such clients as national and international governmental institutions, non-governmental organizations (NGOs), and big and middle-sized companies.

At its modern industrial plant in the Industrial Park of La Rioja city, in Argentina`s northwest. the company has been continually manufacturing, since 1988, photovoltaic modules for both the domestic and foreign markets. State-of-the-art machinery has been continually incorporated to the production of photovoltaic modules since that plant start-up.
All of the modules manufactured at La Rioja Plant bear the IRAM quality seal. IRAM officers audit this industrial plant every year.

Several hundreds of thousands of SOLARTEC photovoltaic modules have been installed and are currently operational (some of them for more than 20 years so far) in different places within the country and abroad.

These modules are usually seen delivering energy to wire-fence electrifiers in farms, to SOS posts along the roads and highways, to beacons in the rivers, or in high-voltage line towers. Also for rural electrification, outdoor lighting and water pumping.

Through different provincial projects (from either the provincial governments or the local energy-distributing companies) and the PERMER program ( World Bank) of the National Energy Secretariat SOLARTEC has electrified and is still electrifying thousands of photovoltaic systems at rural houses and schools, police and health stations, which are located at places not reached by the national interconnected-system electric grid.

Besides SOLARTEC had constructed several central photovoltaic electric power plants for small villages. The electric energy is delivered trough inverters to the grid that interconnects the, commercial and individual houses of these villages. The main photovoltaic rural electrification projects of SOLARTEC have been installed in the Argentina`s provinces of Corrientes, Chaco, Entre Ríos, Jujuy. La Rioja, Misiones, Neuquén, San Luis and Santa Fe.

SOLARTEC has installed, through its distributors, thousands of solar electric generators in medium and large rural houses. Photovoltaic energy, in these cases, has the economic advantage of being generated In the same place where it is used.

Furthermore, SOLARTEC S.A. has provided photovoltaic equipment for the electrification of a large number of middle-sized and large individual rural houses, either through its own distributors or as directly contracted for by the owners of those houses. The interest shown in the utilization of solar energy generators in these cases is due to the fact that the cost of the installed equipment results to be lower than the investment required to install a transformer and to lay a low-voltage electric line to connect the house with the electric grid. Besides, the solar energy generator is much reliable and involves minimum maintenance costs, practically lowering the produced energy cost to zero.

In those cases where a house already counts on an autonomous energy-generating system (e.g. a diesel generator), this system is combined with the photovoltaic modules and both systems constitute a hybrid generator in which the other generator supports the solar energy generator in the event the instantaneous energy consumption is very high.

Industrial works have been performed with the provision of a large number of photovoltaic generators for communication repeating-stations, (many of which are satellite connected), valve-drivers and cathodic protection equipment for oil and gas pipelines, autonomous outdoors lightning, and others. Among the users of SOLARTEC equipment we can mention:

Some remarkable systems connected to the electric grid: 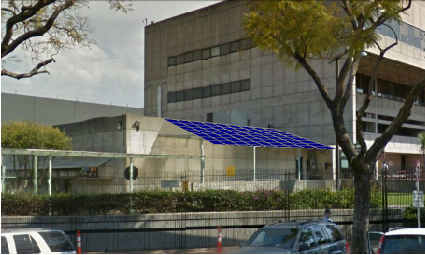 We inaugurated a solar electric generator that was provided, installed, and started by our company.
The generator was installed in the building of the embassy located in the street Colombia of the city of Buenos Aires. The equipment also serves as a roof of a passage of the building that serves as an entrance to the sector where the visas are processed. 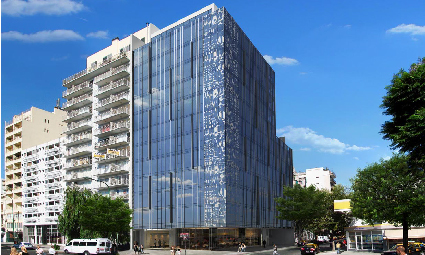 Installation and commissioning of a solar electric generator on the roof of the Office Building (ECO Office) located on Avenida 9 de Julio (Lima 111 1 esq. Humberto 1º) was completed. The system is connected to the network, has a peak power of 10800 Wp and consists of 40 modules connected in parallel series, an inverter, and a monitoring system. 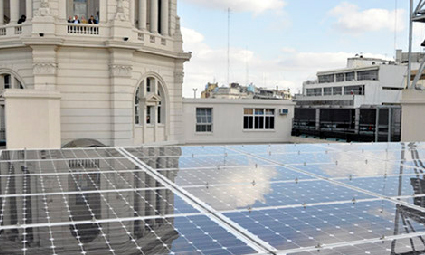 Installation in the Legislature of the City of Buenos Aires

We are pleased to inform you that our company has completed these days the provision, installation and commissioning of a solar electric generator, connected to the grid, on the roof of the historic building that is the seat of the Legislature of the city of Buenos Aires . This system, to date, is the most important system installed in a public body in Argentina.